What it takes to get The Shot of some rare bird you always dreamt of …?
Which one is your best bird photograph till date ?
How do you shoot such rare and colorful birds always ?
What camera and lens you use to shoot such beautiful images, i want to purchase the same ?

And few more questions like these i generally get during my workshops or sessions on Bird photography or from my friends or family members..
Imagine you carry at least 18 kgs of photo gear and equipments on shoulder while trekking through wet, muddy, slippery forest floor, Sometimes up the steep slopes. Sometimes in mossy forest floor full of thick foliage sometimes knee deep foliage .. Sometimes in the knee deep mud.. sometimes in the kneed deep snow…  Sometimes you only walk and walk for hours… sometimes body wears out and mind takes over …
Entering the forest so dense and thick without even tracks .. forest floor sometimes infested with blood sucking leeches or Scorpions or poisonous vipers ..
From zero degrees of himalayas to scorching heat of Rajasthan  ..
Weather in the mountains changing every now and then, sometimes it pours heavily, sometimes it snows, sometimes temperature goes in negative numbers .. Sometimes even camera battery refuses to respond ..

Sometimes you trek for 100 meters up on the mountains of the steep slope, somehow balancing yourself and your heavy equipment, sometimes falling zillion times without letting your equipment fall down, you reach on the top and find wild elephants going mad forcing you to climb down without anything ..
Sometimes just Kheechadi to eat , sometimes only Maggy for a meal … Sometimes only chocolate bars ..
Sometimes you stand on the edge of the ridge and you see another ridge of the mountain in the opposite site going deep down suddenly due to a landslide..
In the night you not able to sleep in the tent due to loudest and wildest of thunderstorms and rains..
Wild Elephants sometimes attacking and chasing you in thick bamboo forests and you have to run for life … Crossing wild and bone chilling rivers barefoot, Sometimes waiting at the same spot for days just to get a glimpse of some illusive bird ..
While crossing a thin bamboo bridge, you nearly slip off to fall into the river
Sometimes you get a nasty bite from some insect or some allergy due to some kind of plants which stays for more than 6 months .. Cuts n bruises unlimited ..
Sometimes you slip off walking on the riverbed damaging your costliest of camera gears … 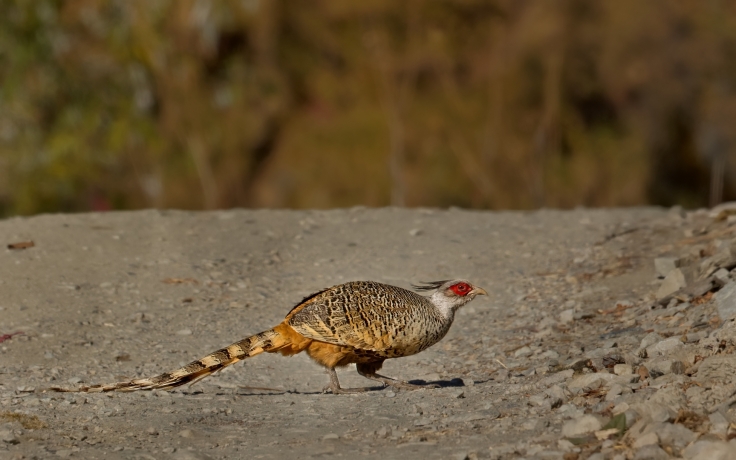 Spend nights in just the solar powered lights or sometimes abs no lights in the middle of gigantic forests where any known civilisations is at least few hundreds of kms away … imagine a dark where you are unable to see your own hand ..
Away from home, away from family, away from civilizations sometimes for weeks, months …
It takes a lot … a lot which is beyond any words to describe it and beyond the imagination of many of you …
It takes a part of you and your life to get The Shot of The Bird ..
No matter what world thinks about your work, its a priceless in the end ..
So i always say, respect your own work, it deserves a special treatment from you yourself, Because you earn it !!

Natural History Photographer and
Director, Founder -
SGP Photo Tours and Over the Top Expeditions to up, above ..